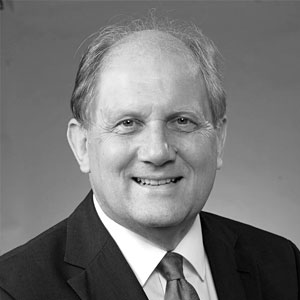 Member of Advisory Board

Professor Bertil Andersson is a member of Perrett Laver’s Advisory Board.

Professor Andersson served as the third President of NTU, from 2011 to 2017. During this time, he led the University to global distinction. In 2017, NTU was ranked 11th in the world and the best in Asia in the Quacquarelli Symonds (QS) World University Rankings. That year, it was again placed the world’s best young university (under 50 years old) by QS for the fourth consecutive year. In research, NTU rose to lead the top Asian universities in normalised research citation impact (Clarivate Analytics’ InCites 2015 and 2016) and became Singapore’s top institution in research. A Fellow of Imperial College London, Professor Andersson was instrumental in Imperial College London coming to Singapore to jointly establish a medical school with NTU.

Professor Andersson served as Dean of the Faculty of Chemical Sciences at Stockholm University before being appointed the Rector of Linköping University, Sweden. From 2004, he led the European Science Foundation in Strasbourg, France, as its Chief Executive and joined NTU as Provost in 2007.

Professor Andersson received the Austrian Wilhelm Exner Medal and the Singapore President’s Science and Technology Medal, both top honours for lifetime achievement in science and research that has advanced society. In 2016, he was elected a Fellow of the Singapore National Academy of Science for his distinguished contributions to science development in Singapore and for leading NTU to global distinction. In 2017, he became the first European in 10 years to receive the Meritorious Service Medal from the Singapore government for his contributions to NTU and to the nation.