The West Kowloon Cultural District Authority (WKCDA) today announced that it has named Ms Alison Friedman as Artistic Director, Performing Arts, a new position specially created by the Authority. Reporting to the Executive Director of Performing Arts, the Artistic Director will further strengthen the artistic vision and direction ahead of the highly anticipated opening of major performing arts venues in the West Kowloon Cultural District (WKCD) over the coming several years. 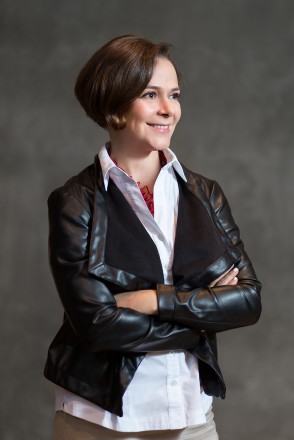 The Authority is strengthening its performing arts teams ahead of the openings of four of WKCD's marquee performing arts venues: Xiqu Centre, Art Park, Freespace and Lyric Theatre Complex. Ms Friedman will lead the dance, theatre, xiqu, as well as music and outdoor teams with a view to ensuring that WKCDA’s performing arts programmes are conceptualised, curated and implemented in a positive and forward-looking manner to help realise the Authority’s vision of being one of the world’s leading integrated arts and cultural hubs.

Ms Friedman has an impressive track record of exporting Chinese artists overseas and bringing international arts to Mainland China as part of her mission to broaden and deepen exchanges between artists of diverse cultures and origins. She has also developed arts education and immersion programmes comprising performances, workshops and discussions, which have been held in partnership with artists worldwide and reached tens of thousands of students in Mainland China.

Ms Friedman founded the successful cultural exchange organisation Ping Pong Productions (PPP) in 2010 after studying as a Fulbright visiting scholar at the Department of History in Peking University and the Beijing Dance Academy in Mainland China in 2002-2003, during which she further deepened her affinity for the country’s rich and diverse culture and arts. Since starting PPP, she has brought a number of small- and medium-sized Chinese art groups from various disciplines on international tours and built a global audience base with a keen appreciation for Mainland China’s modern arts. These independent art groups and artists like TAO Dance Theatre and director Wang Chong benefited from the increased exposure and opportunities, many growing to become internationally recognised and respected voices in their disciplines on the merit of their works’ originality and outstanding quality.

Commenting on the appointment, Mr Duncan Pescod, Chief Executive Officer of WKCDA, said, ‘We are delighted to welcome Ms Friedman to the Authority. Her strong leadership skills, her experience in supporting the growth of small- and medium-sized independent art groups and independent artists, and her in-depth understanding of the art scenes in Asia, the US and Europe mean that she will be a strong addition to our successful performing arts team. She will help further the artistic vision of WKCD and will play a key role in leading this important work as we move into the operation of our exciting new facilities.’

Mr Louis Yu, Executive Director of Performing Arts of WKCDA, said, ‘Ms Friedman is a board member of the International Society for the Performing Arts, one of the largest international alliances of leaders in the performing arts. She has a deep connection with Chinese arts and culture and is fluent in Putonghua. I am particularly impressed by the east-meets-west focus of the many activities she has organised, which is among the key themes that the Authority will emphasise in its artistic programming. She will bring vibrancy and new perspectives to our artistic programming, adding to the solid work our teams have already done.’

Dance and theatre were the starting points of Ms Friedman’s foray into art. She then expanded the repertoire of her productions to other disciplines such as music and multimedia. Under her leadership, PPP has produced more than 600 performances of various sizes, including a project for the 2012 Cultural Olympiad held in London. With geographical coverage of its production spanning five continents in countries such as Australia, France, India, Malaysia, Singapore, the UAE and the US, PPP has grown to become a well-known operation with a clear vision for its programming direction and strong emphasis on cross-disciplinary collaboration.

Another key focus of Ms Friedman’s work has been education. She has forged a number of partnerships with overseas organisations to bring internationally renowned artists such as American Banjo Museum Hall of Fame musician Cynthia Sayer and American modern dance icon Mark Morris to Mainland China for exchanges, workshops and performances. Long term educational exchange programmes established by her include the American Cultural Center Tours programme and the Australia-China Performing Arts Exchange initiative.