The Guildhall School of Music & Drama is delighted to announce that Lynne Williams will become the next Principal, starting in early 2017. Lynne Williams takes over from Professor Barry Ife who has been in post for 12 years and is stepping down to focus on teaching and research. Williams has been the Director/CEO of Australia’s National Institute of Dramatic Art (NIDA) since 2008. 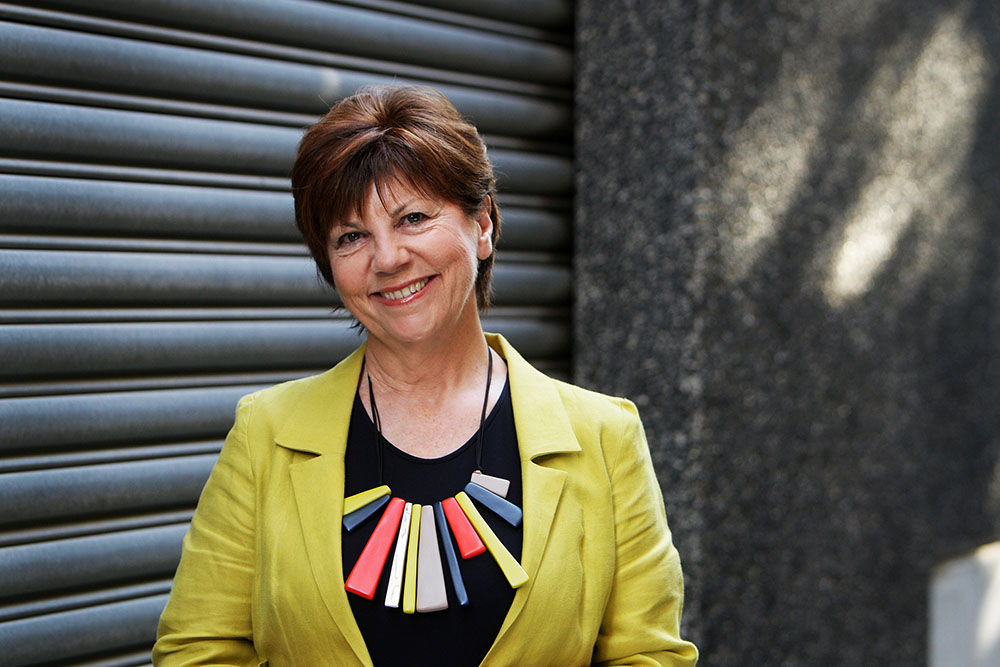 Guildhall School Chairman of the Board of Governors, Deputy John Bennett, said, ‘We are delighted that Lynne Williams is joining the Guildhall School at this exciting time in the School’s life. The next few years will see significant opportunities as well as challenges for the higher education sector and for culture and the performing arts in the City of London and beyond. Lynne inherits a world-class institution with an exceptional senior management team leading a remarkably strong artistic, educational and research output. I am very pleased that she has accepted the offer to join us and take her vision for the School forward.’

Lynne Williams commented, 'The Guildhall School is one of the great conservatoires of the world. I am excited to be joining the team and the wider Guildhall community to build on this prestigious reputation at a time when excellence and innovation in arts education and training has never been so crucial to ensuring a creative and cultural future for 21st century society.'

The Guildhall School’s Principal provides strategic direction and leadership for the institution and ensures that the School’s business plan is implemented effectively, positioning and representing the Guildhall School at a national and international level. Reporting to the Town Clerk and Chief Executive of the City of London Corporation and responsible to the Board of Governors of the Guildhall School, the Principal leads the Vice-Principals Group and the Senior Management Team.

About Lynne Williams
In a career spanning over 40 years, Lynne Williams has developed a significant breadth of arts practice, pedagogy and cultural entrepreneurship across not-for profit, government and commercial sectors. Williams has been the Director/CEO of Australia’s National Institute of Dramatic Art (NIDA) since 2008 where she has led transformative change including a reinvigorated teaching and learning environment, self-accrediting authority for the institution and international creative industry and education partnerships. The construction of the NIDA Graduate School, recently opened by the Prime Minister of Australia the Hon Malcolm Turnbull MP, and the launch of a new suite of Master of Fine Arts courses, is the realisation of her vision for an international centre to drive future-focussed performance practice, training and research.

Prior to NIDA, Lynne held many arts and cultural leadership positions in the UK where she was resident for 21 years. She led the development of the Culture, Ceremonies and Education Programme for the London Organising Committee of the Olympic Games (LOCOG), following her contribution to London 2012’s successful Olympic Bid as a Cultural Advisor/Creative Producer. Lynne was also Artistic Director of Cardiff 2008, the company bidding for Cardiff to be 2008 European Capital of Culture. She was responsible for developing a new cultural strategy and leading a team in a bid on behalf of Wales.

Her experience in performing arts began in Australia where she studied and performed as a professional singer specialising in contemporary music and music theatre. She has a deep commitment to arts education and increased public access and has developed and promoted work across the full spectrum of the arts. She served on the Arts Council England Touring Panel and advised on a number of national audience development initiatives. She was also an Arts Council England advisor for contemporary music, opera, theatre and dance. She has served as a chair, a board and committee member of a variety of arts companies in both the UK and Australia including Arts and Kids, National Endowment for Science, Technology and the Arts (NESTA), and Performing Lines (Australia).