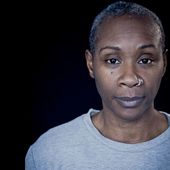 The Board of Governors of The Royal Central School of Speech and Drama  is  delighted to announce that  Josette Bushell-Mingo  OBE has  been appointed  as the  incoming  Principal of the School.

Currently the Head of Acting at Stockholm University of the Arts, Sweden, Josette Bushell-Mingo is an award-winning actor and director whose 40-year career has included performances with the Royal Shakespeare Company, the National Theatre and the Manchester Royal Exchange. She was nominated for an Olivier Award for Best Actress in a Musical for her role as Rafiki in the West End production of The Lion King, a role which she originated, and she devised and starred in the internationally acclaimed production Nina: A Story about Me and Nina Simone.

As a director, Josette Bushell-Mingo was Founder and Artistic Director of PUSH, a Black-led theatre festival with the Young Vic Theatre. Through her work with PUSH, she was awarded an Order of the British Empire (OBE) for services to the arts, a Judy Cramer Award for Innovation, and the Southbank Cultural Diversity Award.

For 13 years, she was also the Artistic Director for The National Touring Swedish Deaf Theatre ensemble Tyst Teater, where her work focused on fostering the understanding, respect and potential of sign language arts and the artistic, linguistic and cultural rights of the deaf.

Born in London and based in Sweden since 2005, she is an active spokesperson for inclusive arts and politics. She co-founded PUSH's sister organisation in Sweden, TRYCK, which works to inspire and challenge the artistic and cultural representation of Afro-Swedes and African descent artists on national stages in Sweden.

She has served on the board of the Swedish Film Institute, as the chairwoman for CinemAfrica, a Swedish Non-Profit organisation devoted to celebrating African and Diaspora film culture, and is Patron of the Unity Theatre, Liverpool.

As a director and teacher, Josette travels internationally giving lectures and workshops in the creation of sign language theatre, cultural diversity challenges and inclusion, and has taught in Stockholm, Malmö and Luleå theatre schools, LAMDA, the London College of Fashion, and New York University's TISCH School of the Arts amongst others.

Of  Josette Bushell-Mingo's  appointment  John Willis, Chair of Central's Board of Governors, said:

We are thrilled that Josette is joining us as Principal. Her creativity, dynamism and passion for the arts shine brightly. She is a born leader and will add another layer of talent to the brilliant people already at Central. With Josette in post, Central will be turbo-charged for the next stage of its development. Over a hundred years after one inspirational woman, Elsie Fogerty, started Central, it will be brilliant to finally have a second inspiring woman to lead us next.'

I am deeply honoured to have been appointed to the role of Principal and I look forward to working together with students, staff and Governors and taking Central forward: to celebrating Central's talent and teaching, inspiring the future of the arts, being at the cutting edge of change - even in these complicated and special times - and to lifting the arts, for all of us, as a vital human right.

Josette Bushell-Mingo will be the first person of African descent appointed as Principal at Central, as well as the first woman to be appointed Principal in  more than one hundred  years, since its founder Elsie Fogerty held the post. She will commence in post  prior to  the  start of the  2021/22 academic year.