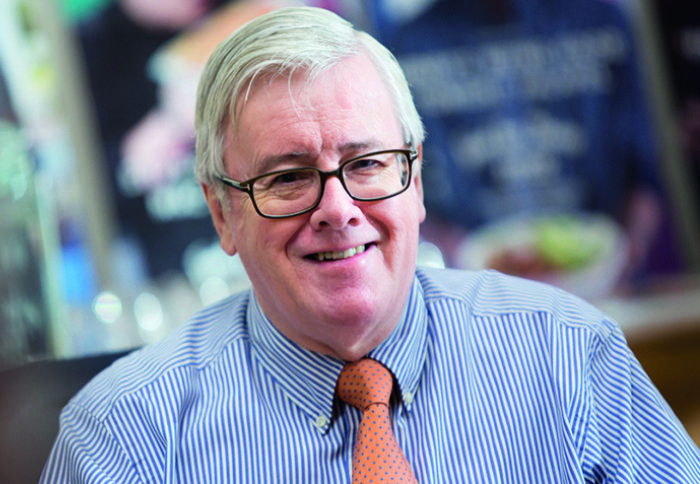 Imperial has appointed John Allan CBE, one of Britain’s foremost business leaders, as its new Chair of Council.

Allan is President of the Confederation of British Industry (CBI), representing 190,000 businesses. He also chairs two FTSE 100 companies: Tesco and Barratt Developments. He will become Chair of Council, Imperial’s governing and executive body, from January 2020.

Allan’s multinational business career spans executive leadership, including as CEO for 11 years at Exel. He has  held boardroom roles at Worldpay, Dixons Carphone, Deutsche Post, Royal Mail, the National Grid, Samsonite, PHS Group and Hamleys, among other senior roles. He has also served as chair of London First, chair of Care UK Health & Social Care, and as a non-executive director of the Home Office Supervisory Board.

Allan was made a Commander of the Order of the British Empire (CBE) in 2006, for services to freight transport.

Professor Alice Gast, President of Imperial College London, said: “At a time of uncertainty, guidance from Council is integral to our future success. We are fortunate to have such a distinguished figure as John to be our next Chair. John’s exceptional experience, wisdom and leadership will be invaluable as Imperial realises its high aspirations, expands its influence and navigates the challenges ahead.”

John Allan CBE said: “I have always been impressed by Imperial’s ability to work across disciplines and embrace opportunities with industry. I am thrilled to be joining such a wonderful academic institution. I look forward to working with so many outstanding academics and great innovators.”

Throughout his career, Allan has contributed to higher education and STEM. In 2012 he was appointed a Regent of the University of Edinburgh, his alma mater, where he has advised on a variety of issues including fundraising, strategy and widening access.

As the 13th Chair of Council, Allan succeeds Sir Philip Dilley, former Executive Chairman of multinational design and engineering firm Arup, who is to step down after more than four years as Chair and eight years as a member of Council.