Moira Sinclair has been appointed Director of the Paul Hamlyn Foundation.

Following a career in arts management, Moira joined Arts Council England in 2005, where she is currently Executive Director, London and the South East. She is also Vice Chair of Look Ahead Care and Support, an organisation that provides extra support to help people achieve their goals and live independently, and has just finished her term as a Governor of the University of Lincoln. 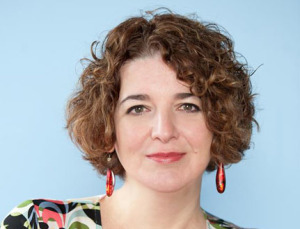 Moira joins the Foundation as it finalises work on the development of its new UK strategy, due to be launched in the spring.

“The trustees of the Paul Hamlyn Foundation have set a really compelling vision for the next five years, one that builds the mission to help people to realise their potential and enjoy a better quality of life, now and in the future. It’s a mission which is very close to my heart, and the chance to help achieve it and the mix of work that the Foundation supports in arts, education and social justice is just too hard to resist. I’m lucky to be moving from one expert and committed staff team to another, which is a great privilege and I hope that the relationships, knowledge and experience that I have developed in the Arts Council and in my outside work will extend to my new role. I’m hugely excited by everything that this appointment offers.”

“I am delighted that Moira Sinclair has agreed to join PHF. She will bring a breadth of knowledge and experience across the arts and education to help us to implement our new strategy. Her strong commitment to social justice reflects the Foundation’s own values.”

Moira will join the Foundation in February.

Paul Hamlyn Foundation was established in 1987 by the publisher and philanthropist Paul Hamlyn (1926–2001). Today it is one of the larger independent grant-making foundations in the UK. The Foundation aims to maximise opportunities for individuals to realise their potential and experience a better quality of life. We are particularly concerned with children and young people, and others who are disadvantaged.